Wikipedia has deleted its ‘List of Scientists Who Disagree with the Scientific Consensus on Global Warming’.Stalin — who set the template for airbrushing inconvenient people out of history — would no doubt have heartily approved of this wanton act of censorship.

But what would probably have pleased him more is the magnificently twisted justification offered by the editor responsible.

“The result was delete. This is because I see a consensus here that there is no value in having a list that combines the qualities of a) being a scientist, in the general sense of that word, and b) disagreeing with the scientific consensus on global warming.”

What this Wikipedia editor is saying, in other words, is that if you’re a scientist who doesn’t believe in global warming then that automatically makes you not a scientist.

In fact many tens of thousands of scientists are sceptical of catastrophic man-made global warming theory, including some of the most eminent experts in the field, among them physicists Dr Richard Lindzen of MIT and Dr Will Happer of Princeton.

But the kind of intolerant leftists who tend to edit Wikipedia pages don’t want you to know this.

Their archived debate as to whether the ‘List of Scientists Who Disagree with the Scientific Consensus on Global Warming’ offers a fascinating, if not exactly surprising, insight into their mindset.

The editors variously refer to these often eminent scientists as “cranks” and “a club of fools”.

Cranks are well-known to maintain such lists of authoritative-sounding people to bolster their own legitimacy, and this list is just another in this genre. Long past time to kill it.

The list is synthesis to mislead the reader into thinking there is significant doubt about the reality of global warming.

This one really, really fancies himself. His contribution is probably best read in the voice of Comic Book Guy from The Simpsons, whom I’d also guess he physically resembles:

Even ten years ago it was clear to me and others that this article had become a badly written nexus of non-notable fringe theories and advocacy for religious points of view. Ten years on, a dozen scientists formerly denying climate change have died. Outside of another dozen die-hards in the United States, virtually no credentialed scientist does not think that climate change is man-made and will, on the whole, have deleterious effects on us and our world. As a scientific community, we also have much more information and data, and the consensus has gotten stronger (close to 99.9 % of scientists agree) as the obituary pages continue to publish the memorials to those who disagree with scientific consensus. Everyone has moved on with their lives. In the meanwhile, I’ve earned a master’s of art in teaching secondary science. I still find students who don’t believe in evolution, and in some quarters, natural selection remains controversial, but absolutely nobody — not teachers, not students, not scholars — seriously denies climate change any more. A list that purports to list the dozen or so people who still deny it to their grave is shrinking each day, and is an example of fraudulently spreading doubt and uncertainty, as noted by Johnuniq. At some time in the past ten years, climate change denial-ism has become the next alchemy, ether, and astronomy. Sure there are a handful of believers in this, Area 51, cold fusion, Occultism in Nazism, AIDS denialism, and the Age of Aquarius, but it’s so few that to list them in an article is to give extreme undue weight to that side. The list also is written as a Gish gallop – a whole series of illogical arguments with their own adherents designed to obfuscate the lack of evidence of the other side. Bearian (talk) 18:13, 14 November 2019 (UTC)

A few brave contrarian voices try to argue against censorship.

One makes the point that the scientists on the list aren’t exactly cranks:

Let’s take a look at the list of people responsible for your so called “fringe theories advanced for religious purposes,” shall we?

Patrick Moore, one of the founders of Greenpeace;

Judith Curry, retired head of the Atmospheric Sciences Department of the Georgia Institute of Technology;

Richard Lindzen, retired head of the Atmospheric Sciences Department of the Massachusetts Institute of Technology, and member of the National Academy of Sciences (you know, that thing Einstein was a member of);

Vincent Courtillot, a member of the French Academy of Sciences;

Khabibullo Abdussamatov, a member of the Russian Academy of Sciences;

John Christy, who is a professor at the University of Alabama at Huntsville, who keeps the temperature data used by NOAA and NASSA, and who contributes to the IPCC reports;

Roy Spencer, who keeps the data with John Christy;

Frederich Seitz, former President of the National Academy of Sciences.

Another has to point out that one of the purposes of Wikipedia is to help people research stuff:

This is a valid list article since it helps people find scientists of this type.

But the best response is this one:

With apologies to people who have been conned into believing that the WP climate area is sound … Who are we kidding here? This is an important, long standing article that gives a tiny sliver of balance to grotesquely POV, essentially permanently vandalized, articles on Climate

Not, of course, that his valiant contribution made any difference. Wikipedia gave up trying to be a neutral source of information long ago. If you don’t share its leftist values, you’re really not welcome there. 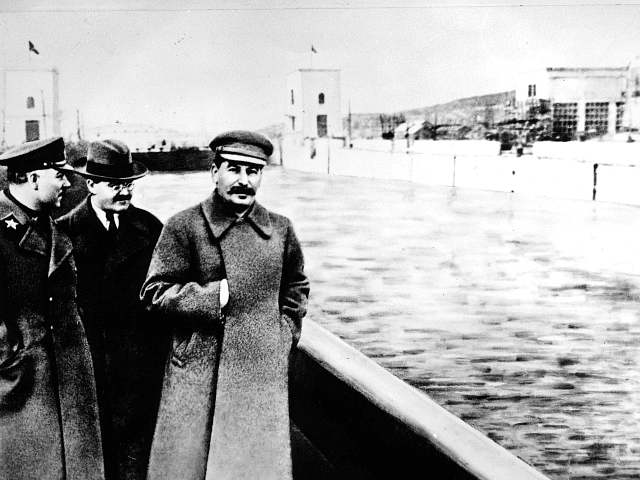