The Australian Snowy 2 hydro scheme plans to use electricity to pump water up hill to get some of that energy back by running the water downhill again.

Some Australian mining companies are planning a dry version of Snowy 2 – a huge brick-powered battery using the force of gravity to drive a generator when solar and wind energy are on strike. 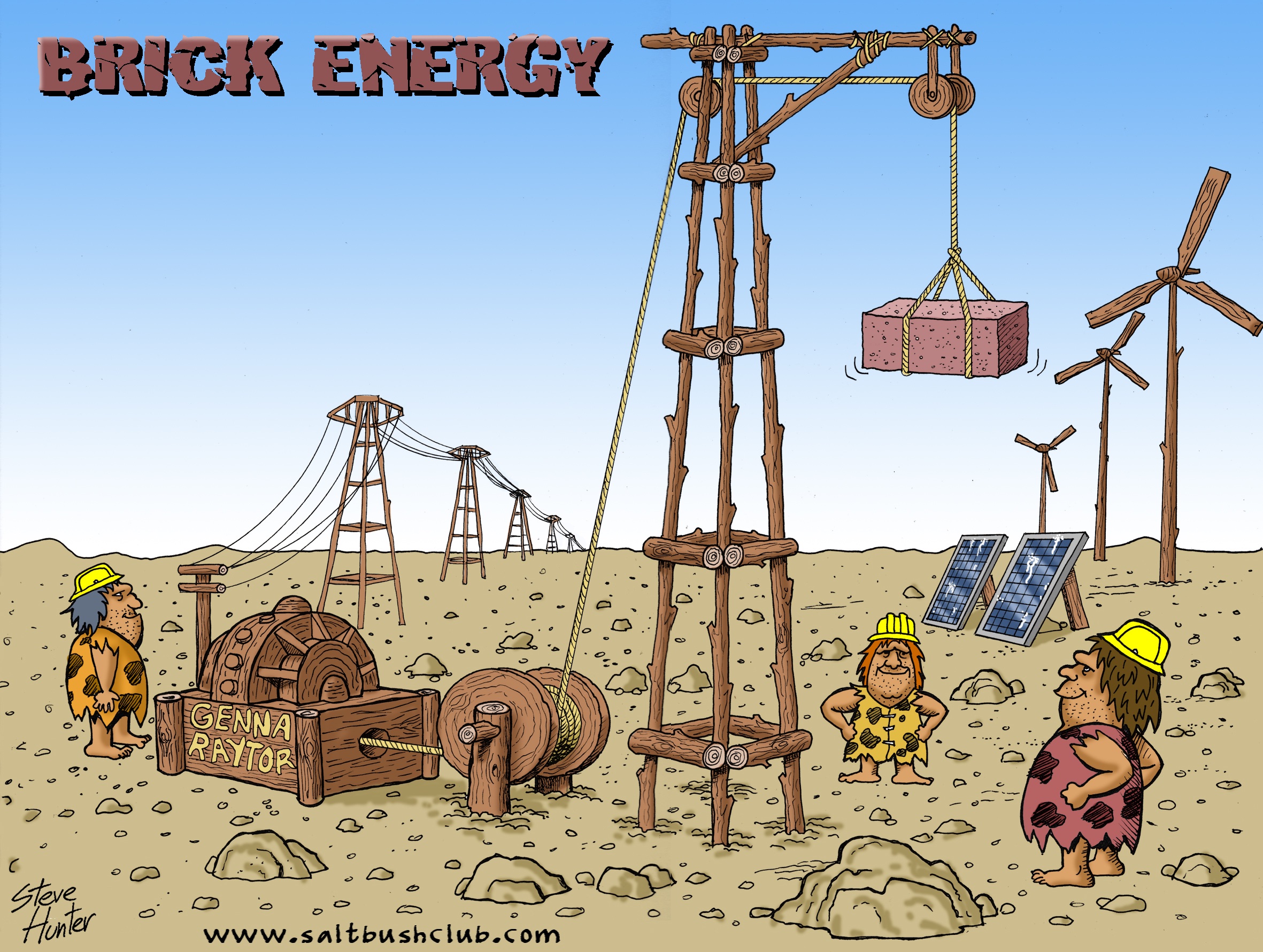 END_OF_DOCUMENT_TOKEN_TO_BE_REPLACED

Matthew Warren in the AFR (August 16, 2020) was highly critical of the electricity market manager’s proposed spending on new transmission lines. The proposals involve a centrally planned network with over $17 billion of new transmission lines plus a further $10 billion for the Snowy pumped storage scheme. This spending is designed to shore-up the inherently inefficient and high cost wind and solar generators that regulatory subsidies have made possible. END_OF_DOCUMENT_TOKEN_TO_BE_REPLACED

Canberra breeds many white elephants, but now they are breeding a gigantic new breed of pachyderm in Australia’s Snowy Mountains – a Green Elephant. Grandly named “Snowy 2.0 Hydro-Electric”, it has the compulsory green skin, but it is just another big white elephant under a thick layer of green paint.

Snowy 2.0 plans a hugely expensive complex of dams, tunnels, pumps, pipes, generators, roads and powerlines. Water will be pumped up-hill using grid power in times of low demand, and then released when needed to recover some of that energy. To call it “hydro-electric” is a fraud – it will not store one extra litre of water and will be a net consumer of electric power. It is a giant electric storage battery to be recharged using grid power.

END_OF_DOCUMENT_TOKEN_TO_BE_REPLACED

The lack of critical comment on the recently announced Snowy Mk 2 in the mainstream media is seriously disappointing, but perhaps understandable since it is not generally understood.

The attraction of Snowy Mk 2 rides on the back of the iconic name of the truly heroic 1940s to 1970s Snowy Mountains Scheme that, with the St Lawrence Seaway in North America, was one of the world’s great civil engineering projects of the 20th century. Snowy Mk 2 is an opportunistic plan to use that iconic name to gain public support for an expensive project to make the Government’s flawed renewable energy policies workable. It has none of the nation-building qualities of its original namesake.

The original Snowy Mountains Scheme was predicated on diverting some of the easterly flowing water from the Snowy Mountains that went into the Tasman Sea to the dry western plains for irrigation. The diverted water was to be distributed on the basis of five thirteenths to each of NSW and Victoria and three thirteenths to South Australia, and was to be provided free. The scheme was to be financed at least in part by electricity generation.