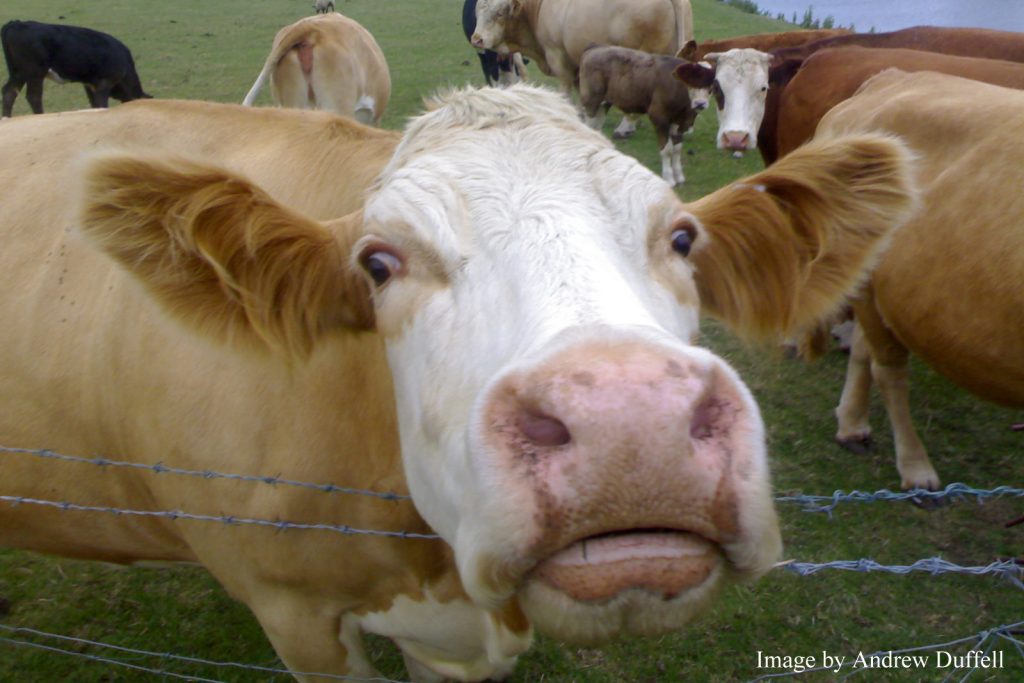 Progressives Say No to Meat, But the World Thinks Otherwise

Once again, meat consumption is under attack by progressive leaders. Politicians and the United Nations call on all of us to eat more plant-based foods and less meat and dairy products in the name of saving the planet. But it’s clear that most people across the world disagree.

By Viv Forbes, Albrecht Glatzle and others

Grasslands and arable land cover just 10% of Earth’s surface but (with the oceans) they produce all of our food and fibre. But the productivity and health of our grasslands, farms and livestock are under threat from global warming alarmists and green preservationists.

We are afflicted by climate crazies and methane madness. It is poor public policy that condones restrictions on grazing operations, or taxes on grazing animals, based on disputed theories that claim that bodily emissions from farm animals will cause dangerous global warming.

New Zealand was the first cattle country to propose a “livestock fart tax”. Four hundred farmers then drove 20 tractors to the Parliament in Wellington waving placards and banners saying “STOP THE FART TAX”. The proposal was laughed out of Parliament. But the war on farmers and livestock continues. 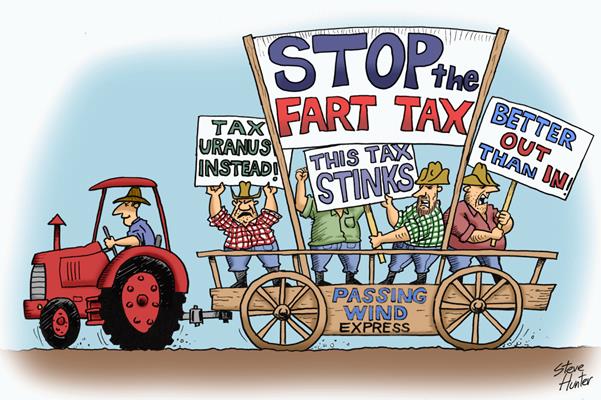 Permission is given to reproduce this cartoon providing the source (www.clexit.net) is credited.
END_OF_DOCUMENT_TOKEN_TO_BE_REPLACED

There is an old fake-science idea doing the rounds again at the moment. This is that cows are culprits in the global warming narrative. The problem, however, is that the scary image of cows destroying the planet with their carbon emissions doesn’t fit with how the planet actually works.

At one point of the carbon cycle, it is true that cows emit carbon dioxide (CO2) and methane (CH4) to the atmosphere, each of which contains one atom of carbon. This is a basic fact of biology – but what about some other basic facts to go with it?

It would seem the fact that ruminants emit carbon gases is regarded as the clincher argument by people like Rosemary Stanton and Kris Barnden, who recently published an article on the ABC News website damning cattle. The problem is they fail to put this isolated fact together with others to give it context and, in this way, create a misleading impression. They fail to describe how a cow exists within the carbon cycle. They fail to ask a fundamental question; ‘Is the carbon a cow emits new carbon to the atmosphere?’